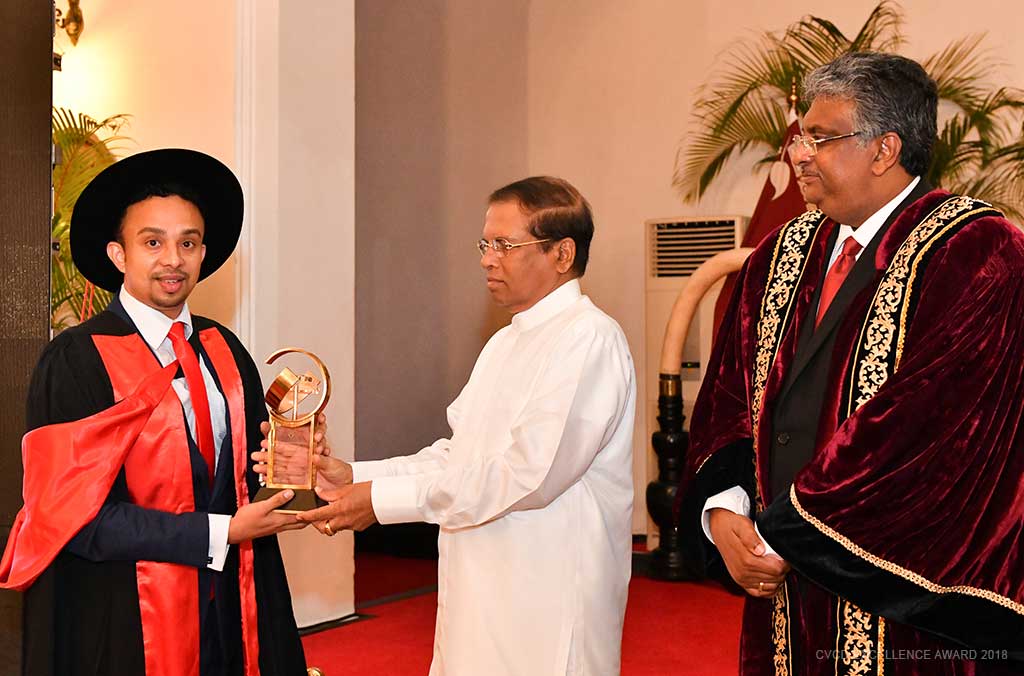 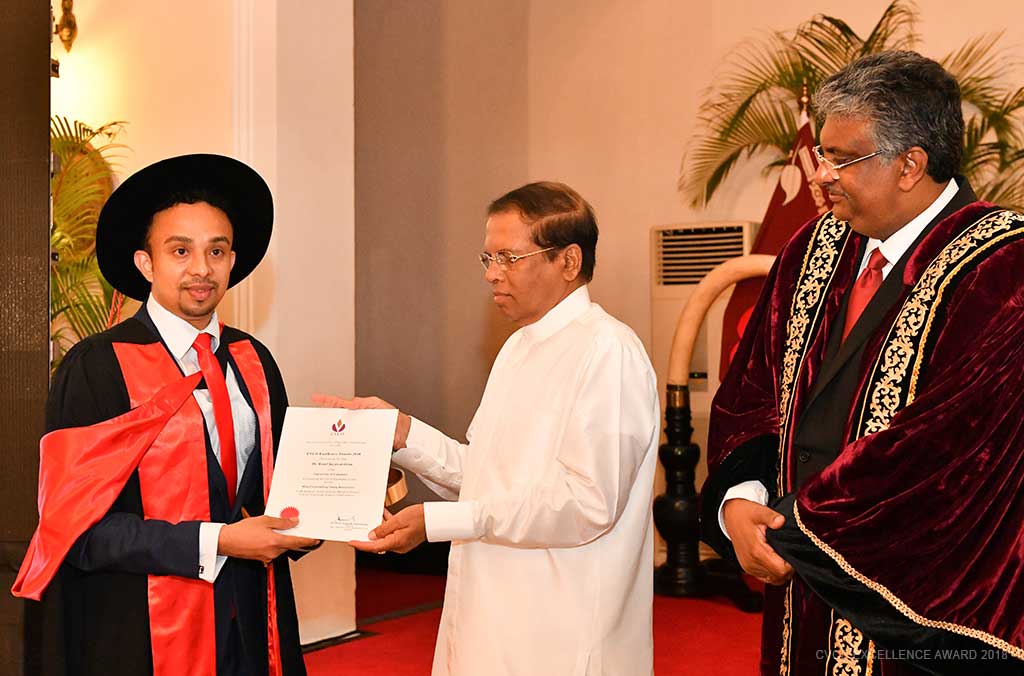 Dr. Ranil Jayawardena – Senior Lecturer, Department of Physiology, Faculty of Medicine was awarded the Committee of Vice Chancellors and Directors (CVCD) Research Excellence Award – 2018, for the Most Outstanding Young Researcher in the field of Health Sciences including Medicine, Dental Science, Veterinary Science and other Allied Sciences. Dr. Ranil Jayawardena is a medical researcher, university academic, inventor and consultant clinical nutritionist. He is a senior lecturer in the Department of Physiology, Faculty of Medicine, University of Colombo, Sri Lanka and a visiting fellow to the Queensland University of Technology, Australia. He is also a leading nutrition practitioner in Sri Lanka with over a decade of experience as a specialist who treats patients with obesity, diabetes and other metabolic diseases.

Following his graduation from the University of Colombo in 2005, he joined the same university as a research coordinator. After completing his MSc in Clinical Nutrition from the University of Glasgow, UK, he started his career as a full time research associate at the Diabetes Research Unit, Department of Clinical Medicine, Faculty of Medicine, University of Colombo and contributed to the national level landmark epidemiological study the “Sri Lanka Diabetes and Cardiovascular Study”. Owing to his original research work on obesity among Sri Lankan adults, he was awarded a very competitive PhD scholarship from the Queensland University of Technology, Australia.

Dr. Jayawardena has a keen interest in carrying out research on non-communicable diseases, epidemiological aspect of dietary habits, clinical trials on herbal and dietary supplements and body composition. He has a vast array of research experience which includes multi-national clinical trials, national wide epidemiological surveys, case-control studies, systemic reviews and meta-analysis, and qualitative research projects. He has over 70 full paper publications in international peer-reviewed journals and numerous abstracts. He has authored four books and a book chapter. He has a H-index of 21 and over 1650 citations.

He is currently the only Sri Lankan to publish in the prestigious journal of Lancet Diabetes and Endocrinology. Dr. Jayawardena is a member of editorial boards of several journals including BMC Obesity. He has received research grants from European Union, Medical Research Council-UK, New South Wales Government Australia, National Science Foundation and University of Colombo. Dr. Jayawardena is a well-reputed speaker and has delivered more than 40 invited lectures in many local and international scientific conferences including the Poland Nutrition conference and several Asian Nutrition conferences.

His research is not confined to mere publications but also extend pathways for development of policies and application in the real world. The food frequency questionnaire for Sri Lankan adults which he developed is the only one currently available and used for many national level research projects. He has amply demonstrated his vast contribution to the field of nutrition by introducing the concept, ‘My Rice Plate’ which has been published as a book in both English and Sinhala languages for health professionals and the general public. The concept of the plate model has now been incorporated into national obesity guidelines. Dr. Jayawardena has also contributed in two novel clinical trials with zinc and Ceylon cinnamon as therapeutic measures to treat pre-diabetes and diabetes respectively. Moreover based on his previous findings he is about to publish a “Food Atlas” which can be used as a reference book to assess the dietary intake among Sri Lankans. He has applied for patents for four inventions so far.

According to the UGC research performance scheme, Dr. Jayawardena is one of the youngest to reach the “Tier 4 star” (highest rank) in the Sri Lankan university system. In recognition of his outstanding achievements as a researcher and a scientist, he has received many national, university and professional level awards. He has received five presidential awards and two NRC Merit awards consecutively since 2010. The Senate Awards for Research Excellence (Early Career) 2016 and 2017 were also awarded to him recently. He has also won more than ten scientific awards in various academic sessions. He was named as the “Top Outstanding Young Person in Medical Research” in 2014 by the Junior Chamber International. Very recently he won the “2018 TWAS Prize – Sri Lanka” for Young Scientist by the World Academy of Science, Trieste, Italy. With this “CVCD Excellence Award for the most outstanding young researcher”, he is the only academic in the University of Colombo to win all three young national level awards.