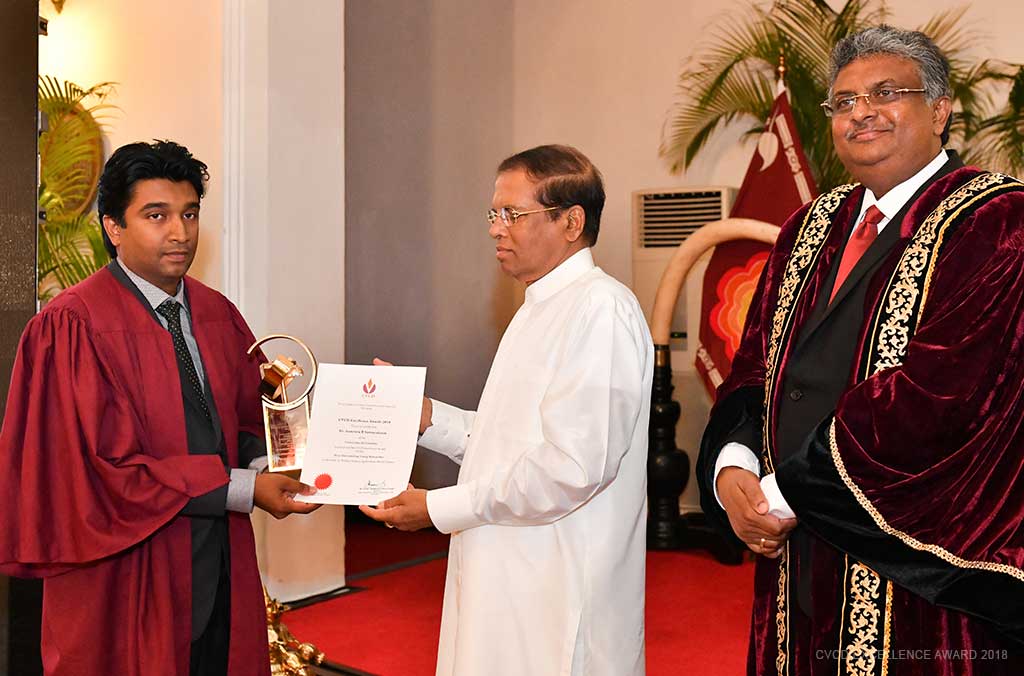 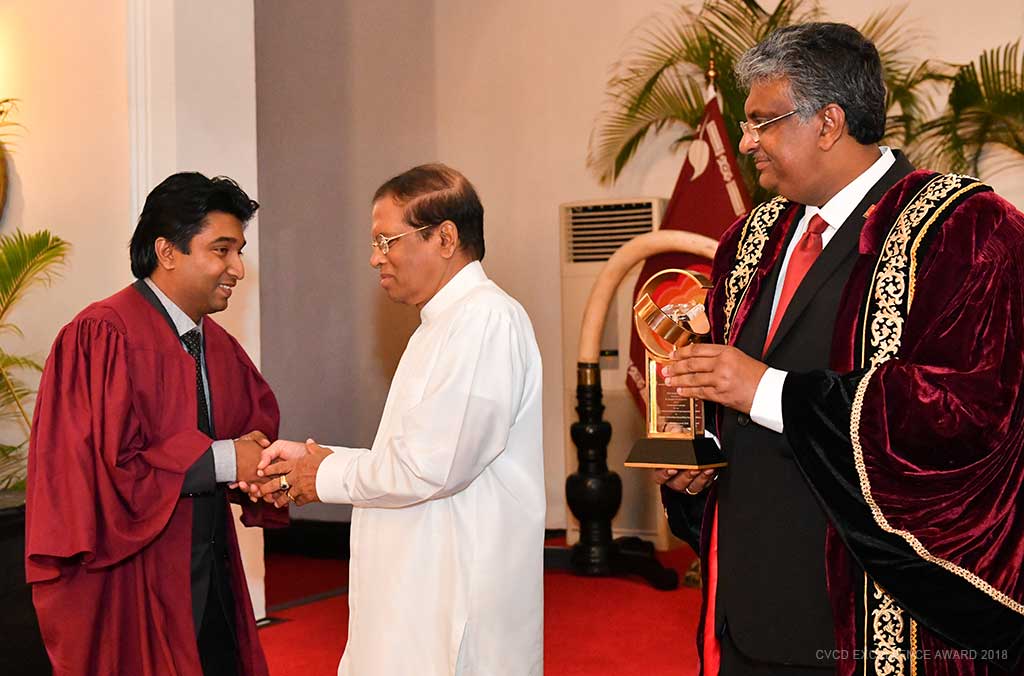 Dr Sameera R Samarakoon– Lecturer Institute of Biochemistry Molecular Biology and Biotechnology, University of Colombo was awarded the Committee of Vice Chancellors and Directors (CVCD) Research Excellence Award – 2018, for the Most Outstanding young researcher in the field of Biological Science/Agriculture/Allied Science.

Dr. Samarakoon started his research career in 2007 in the field of Molecular Biology. He began his research activities with cloning, sequencing and characterization of filarial parasite’s specific genes. Then he extended his research interest towards a new field during his PhD studies. He has conducted a range of research activities in anti-cancer drug screening and development in Sri Lanka from 2009.   Dr. Samarakoon’s currently focuses on screening and development of anti-cancer natural therapies which can target cancer stem cells. In 2013, he established cancer stem cell research in Sri Lanka for the first time. He has obtained several national and international grants for his research, including NRC competitive research grant and IFS-Sweden competitive grant.  Dr. Samarakoon has supervised about 17 MSc students and one PhD student so far. Currently he is supervising seven PhD and two MPhil students in the field of Medicinal Chemistry and Molecular Biology.

Dr. Samarakoon has authored numerous international peer reviewed publications (about 40 publications) and has authored or co-authored numerous presentations (86 abstracts) at national and international conferences. He served as a reviewer for many international journals.  He is involved in popularizing science and research in Sri Lanka. He is also involved as a science writer for the “Vidusara” newspaper and has participated several television and radio programs on popularizing science in Sri Lanka.