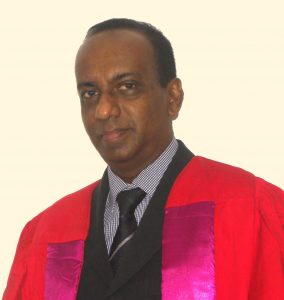 Professor Senaka Rajapakse graduated from the Faculty of Medicine, University of Colombo in 1993 with First Class Honours at the 2nd MBBS, 3rd MBBS and Final MBBS examinations, obtaining distinctions in physiology, biochemistry, microbiology, pathology, parasitology, pharmacology, forensic medicine, paediatrics and medicine. He came first in the order of merit, winning sixteen medals and awards including the Andrew Caldecott Gold Medal for the final MBBS, the Joseph Nalliah Arumugam Gold Medal for the Final MBBS, the Rajasuriya Prize for Clinical Medicine, and the Dhunjishaw Dadabhoy Gold Medal for Medicine.

He joined the Department of Clinical Medicine, University of Colombo in 1996 as lecturer, and completed his MD in the University of Colombo in 1999, and the MRCP(UK) in 2003.  He was Board Certified as a Specialist in General Medicine by the Postgraduate Institute of Medicine in 2001, and is also accredited as a Specialist in General Medicine by the General Medical Council, UK. He was awarded Fellowships by the Ceylon College of Physicians, the Royal College of Physicians of London, the Royal College of Physicians of Edinburgh, and the American College of Physicians.  He is an Honorary Consultant Physician in the University Medical Unit, National Hospital, Colombo, and has a special interest in the management of acutely ill patients and those with tropical diseases. He held the post of Head of the Department of Clinical Medicine from 2009-2010, and was promoted to Professor by merit in 2009. While on sabbatical in 2011-2012, he worked as Consultant in Acute Medicine in the United Lincolnshire Hospitals NHS Trust, UK. He is currently the Deputy Director of the Postgraduate Institute of Medicine.

Professor Rajapakse has been consistently involved in teaching and assessment of undergraduates and postgraduate trainees in medicine both in Sri Lanka and the UK.  He has been an active member of numerous module and stream committees in the Faculty of Medicine, and has held the posts of Chairperson of the Clinical Stream and Director of the Curriculum Implementation Unit. He has played a significant role in the development of e-learning in medicine, and established the Virtual Learning Centre of the Faculty of Medicine in 2005.  He is an examiner for the MD Medicine and other postgraduate examinations, and also examines at the Membership of the Royal College of Physicians (MRCP) examination in the UK.

Professor Rajapakse has diverse research interests, and his current primary focus is on tropical infectious diseases, in particular the neglected tropical disease leptospirosis. He has over 115 publications in refereed international journals including the Lancet, Heart, Transactions of the Royal Society of Tropical Medicine and Hygiene, Clinical Toxicology, Malaria Journal, Stroke, Medical Teacher, Asian Pacific Journal of Tropical Medicine, Tropical Doctor, International Health, BMJ, PLoS One, PLoS Neglected Tropical Diseases, and many others. His publications have been cited over 1300 times, and he is ranked among the top 10 researchers in Medicine in Sri Lanka on Webometrics. He has published several books and has authored many multimedia publications. He supervises several masters and doctoral research students and has received research grants from the NSF, the NRC, and the University of Colombo. He established a Tropical Medicine Research Unit in the Department of Clinical Medicine, which has collaborative partnerships with the IBMBB (Institute of Biochemistry, Molecular Biology and Biotechnology), the Medical Research Institute, the Mahidol-Oxford Research Unit, Thailand, and several hospitals in the Western Province of Sri Lanka. He played an important role in the development of the National Guidelines for Management of Leptospirosis 2016. He is an editor of the International Journal of Critical Illness and Injury Science, and is on the editorial Board of many journals, including the Ceylon Medical Journal, the International Journal of Clinical Practice, and Core Evidence; he is a member of the international editorial board of the popular textbook Kumar & Clark’s Clinical Medicine.

He has received numerous awards for research, including Presidential Awards for research in 2001, 2003, and each year from 2009 to 2014, the University Award for Excellence in Research in 2002 & 2012, the Ceylon College of Physicians Young Physicians Award, the E.M. Wijerama Award for Research, and several others for presentations at scientific conferences. He was awarded the University of Colombo Faculty of Medicine Oration in 2013, and the Ceylon College of Physicians E.V. Peiris Memorial Oration in 2014, for his original work on clinical characteristics, diagnostic methods, and prognostic markers of leptospirosis. He continues to engage in high quality research, with several key projects underway.

Considering his significant contribution to the field of health sciences, the presentation of the CVCD Excellence Award is indeed a tribute to this eminent researcher.

Most Outstanding Senior Researcher in the field of Physical Sciences He entered the University of Colombo in 1982 and graduated with a special degree in Physics, First Class Honours (top of the graduating class), in 1985. He worked as an Assistant Lecturer at the Department of Physics until he received a scholarship to pursue his graduate studies at the University of Pittsburgh, USA in August 1987. He completed his M.Sc. in Physics in 1990 and Ph.D. in Relativistic Heavy Ion Physics in 1992.

He worked as a Postdoctoral Research Associate at the University of Pittsburgh from 1992-1995 and participated in large collaborative heavy ion physics experiments such as E814 and E877 at the Brookhaven National Laboratory, U.S.A. and carried out simulations for particle physics experiments such as GEM proposed for the Super Conducting Super Collider. In November 1995, he returned to Sri Lanka and joined the Department of Physics, University of Colombo as a Senior Lecturer. In 2003, he was awarded a Research Fellowship from ISP, Sweden and spent his sabbatical leave conducting lightning research at the Institute of High Voltage Research, Uppsala University, Sweden. He was promoted to the post of Professor in 2004 and Senior Professor in 2012.

At present he holds the Chair of Physics at the University of Colombo. He is the Head of the Department of Physics and the Director of Postgraduate Studies of the Faculty of Science. Prior to this he served as the Director of Undergraduate Studies for seven years and contributed to the implementation of the credit based course system in the Faculty of Science. He also contributed towards introducing two new specialized degree programs in Physics, Engineering Physics and Computational Physics, and, the Masters degree program in Applied Electronics.

His current research interests are on multidisciplinary areas that bridge Information Technology, Electronics and Physics together. He has to his credit over 75 journal publications (with over 2000 citations), most of which are in indexed journals, and over 120 publications in local/international conferences and symposia through collaborative research work. Based on the h-index ranking of scientists in Sri Lanka, he ranks 13th in the country. For his research he was awarded an NSF commendation award twice (2004 and 2009) and the Presidential Award for research on several occasions. He has produced 3 PhD graduates, 7 MPhil graduates and more than 20 MSc graduates. Currently he is supervising 5 PhD students and 3 MPhil students. He has contributed to seven development publications of World Bank. He is a life member of several professional societies in Sri Lanka including Institute of Physics Sri Lanka and Sri Lanka Association for the Advancement of Science. 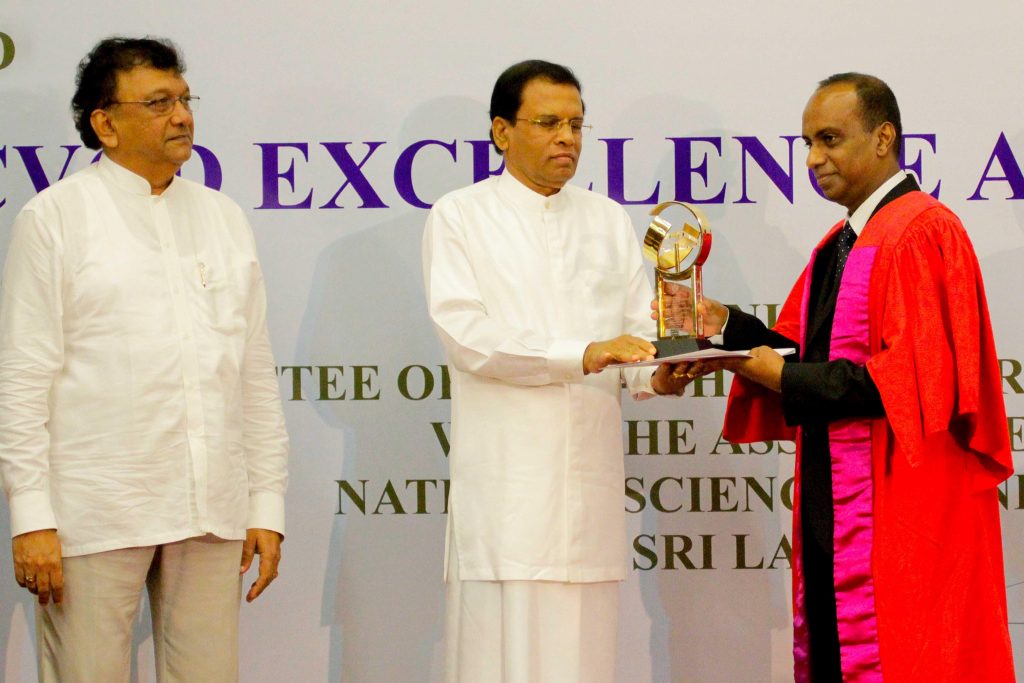 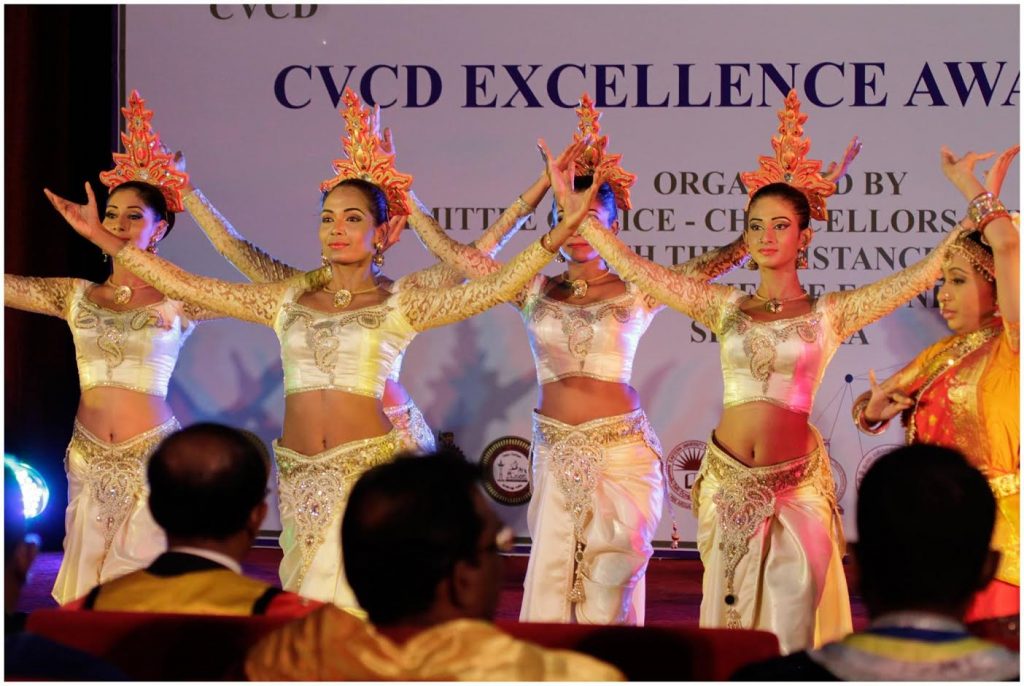 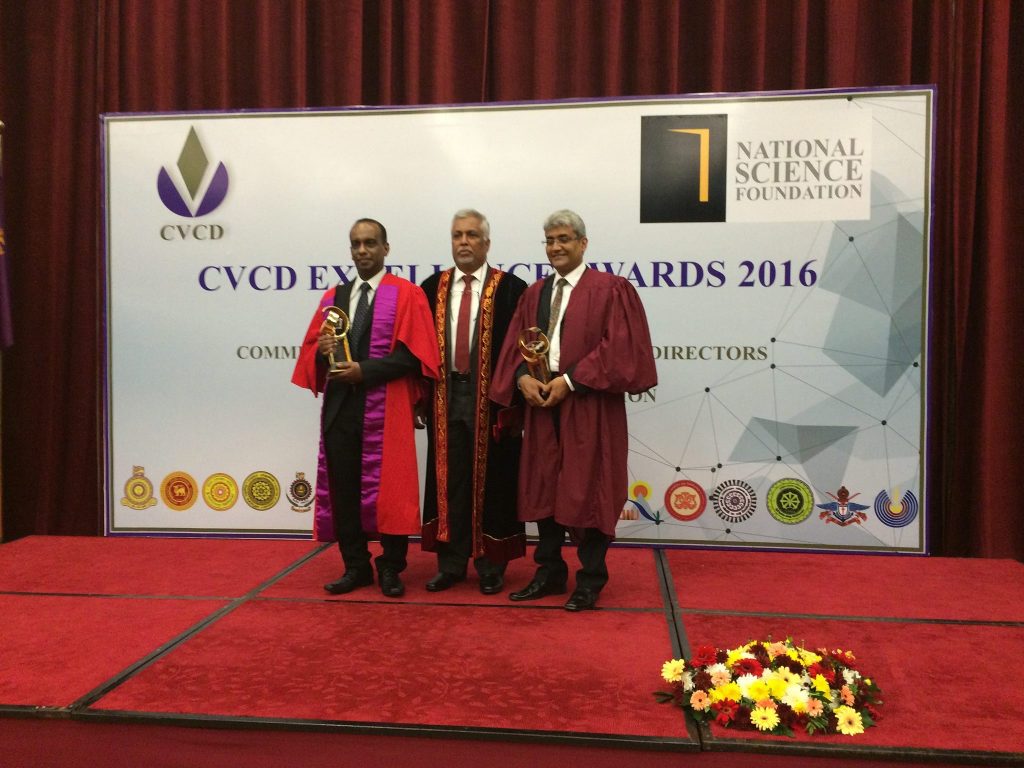 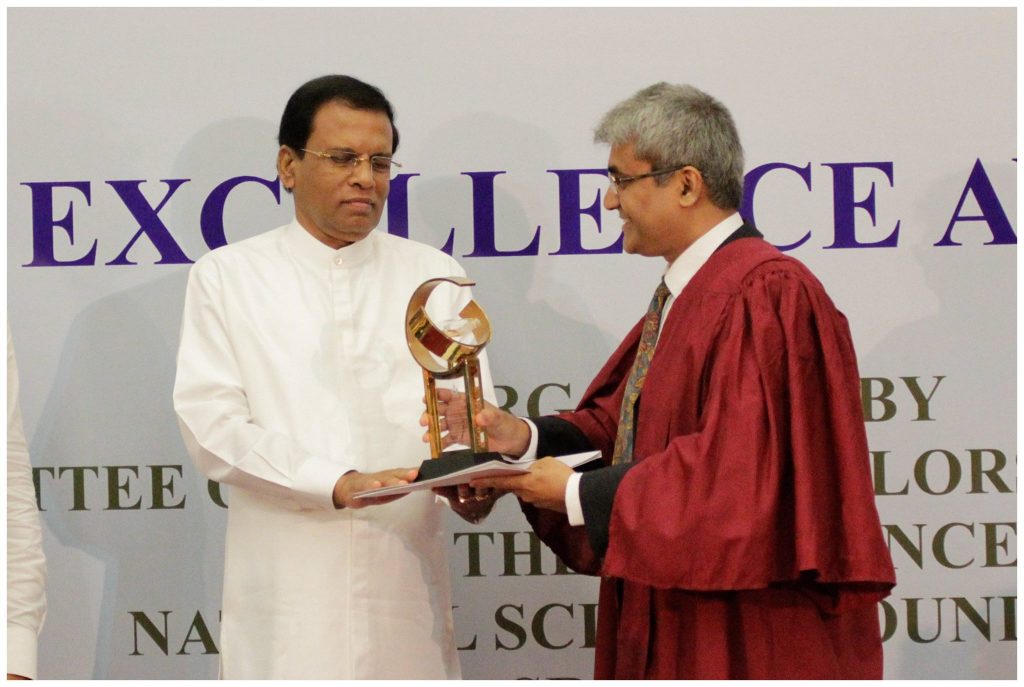 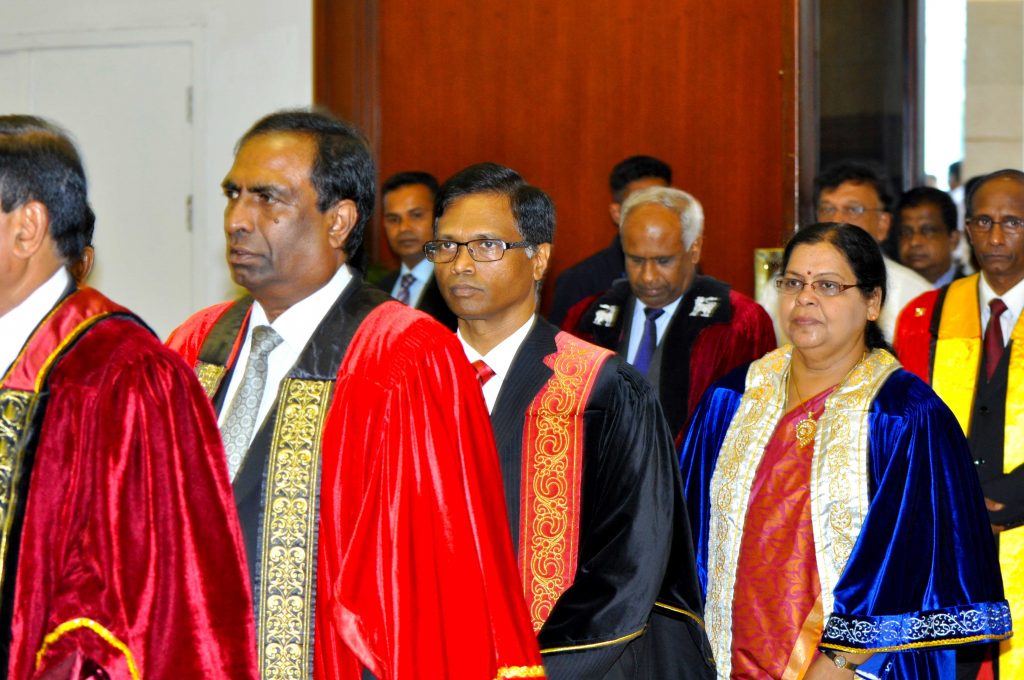 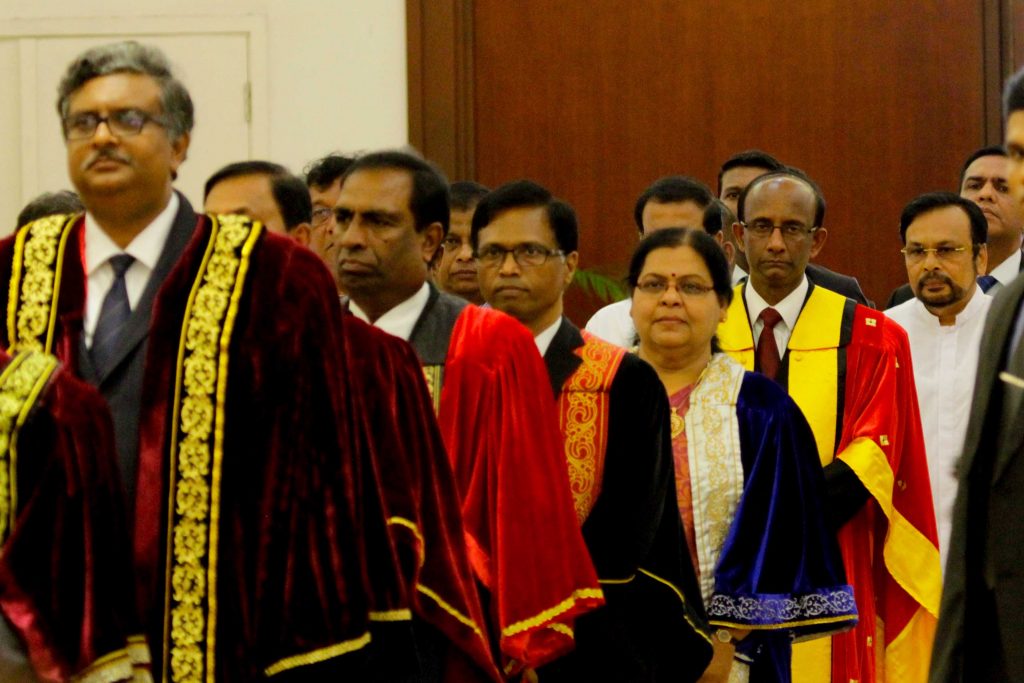 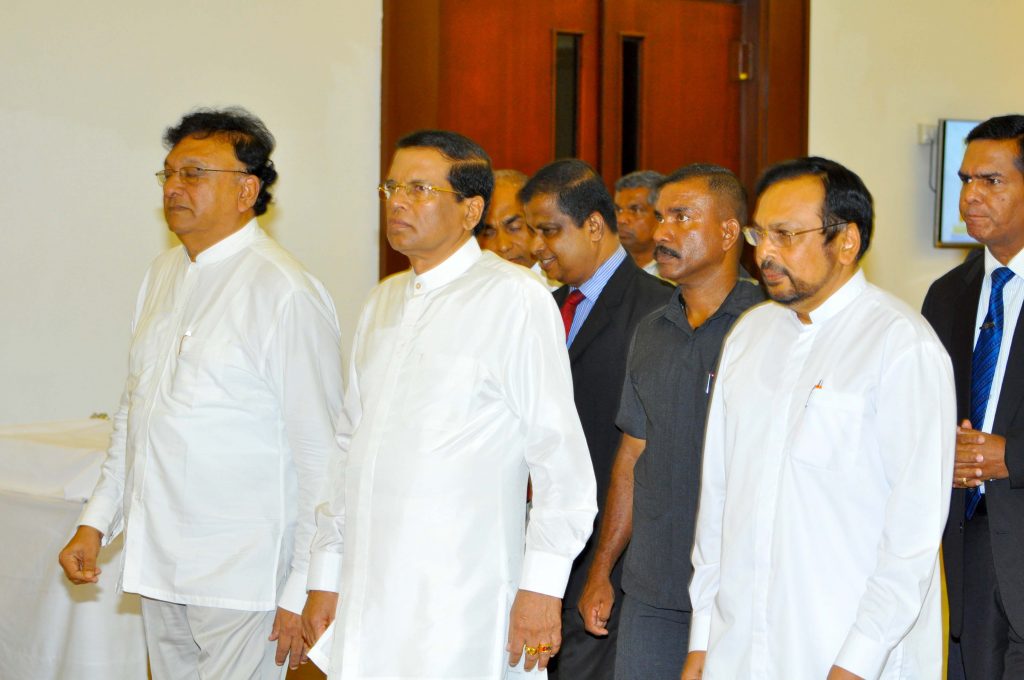 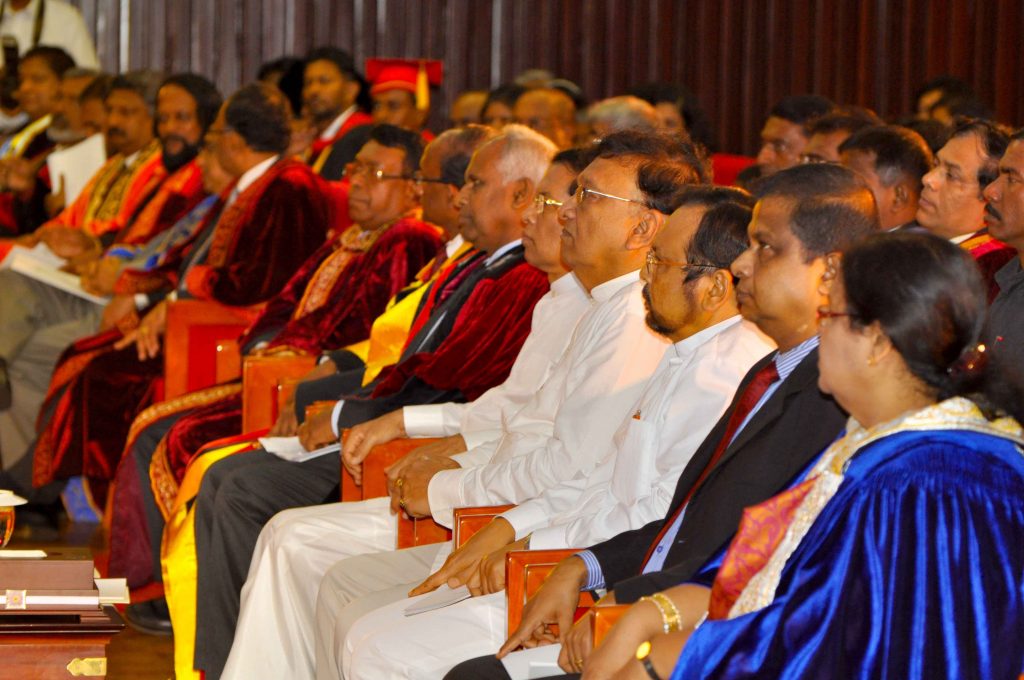 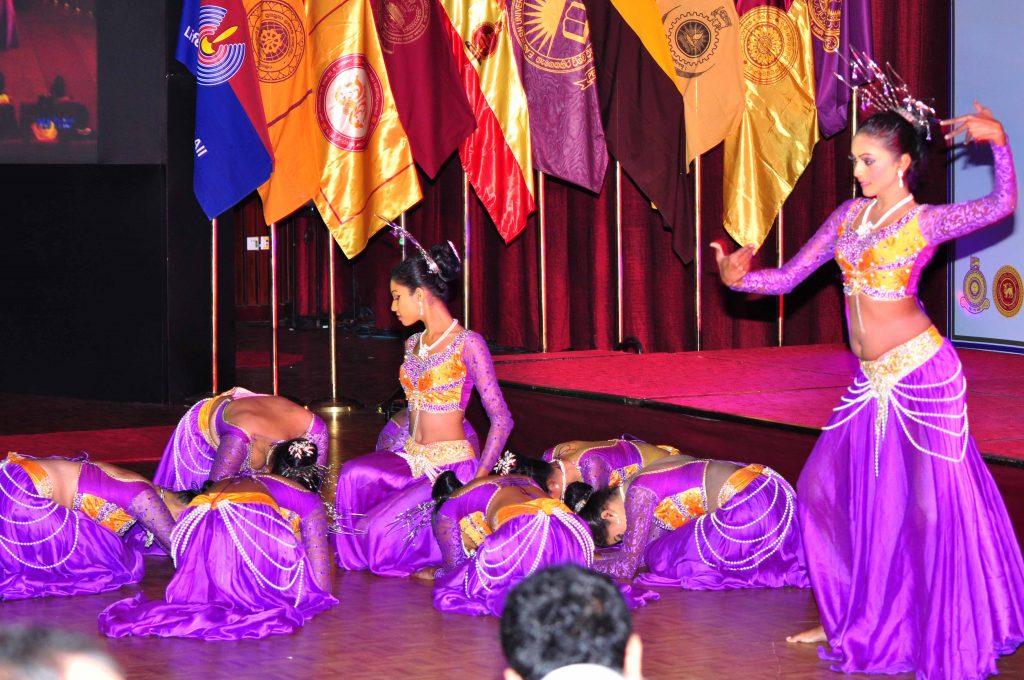 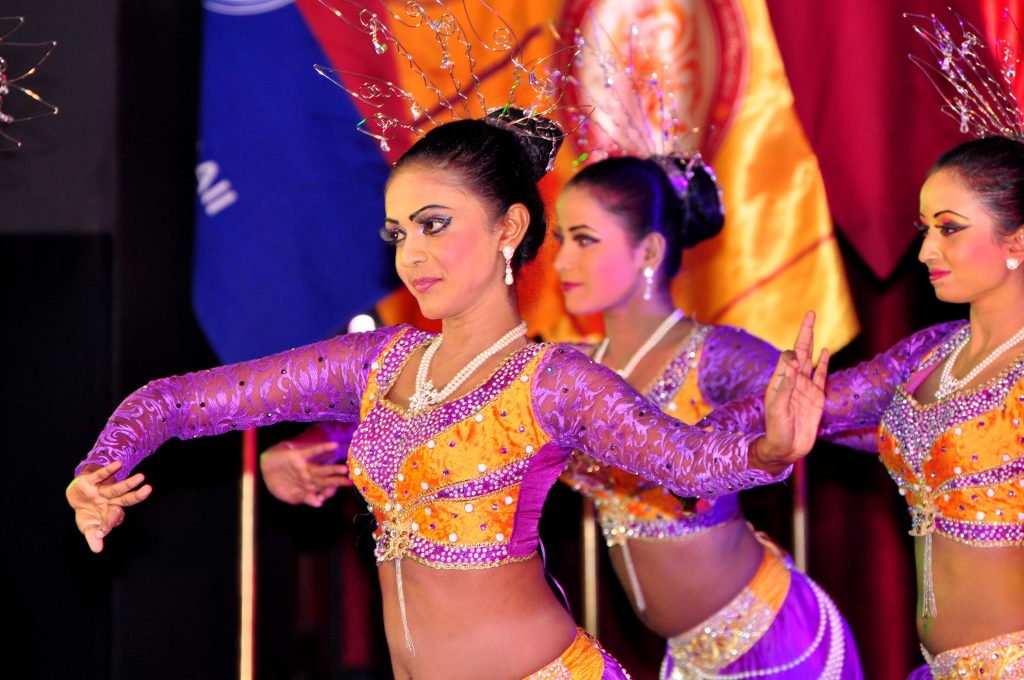 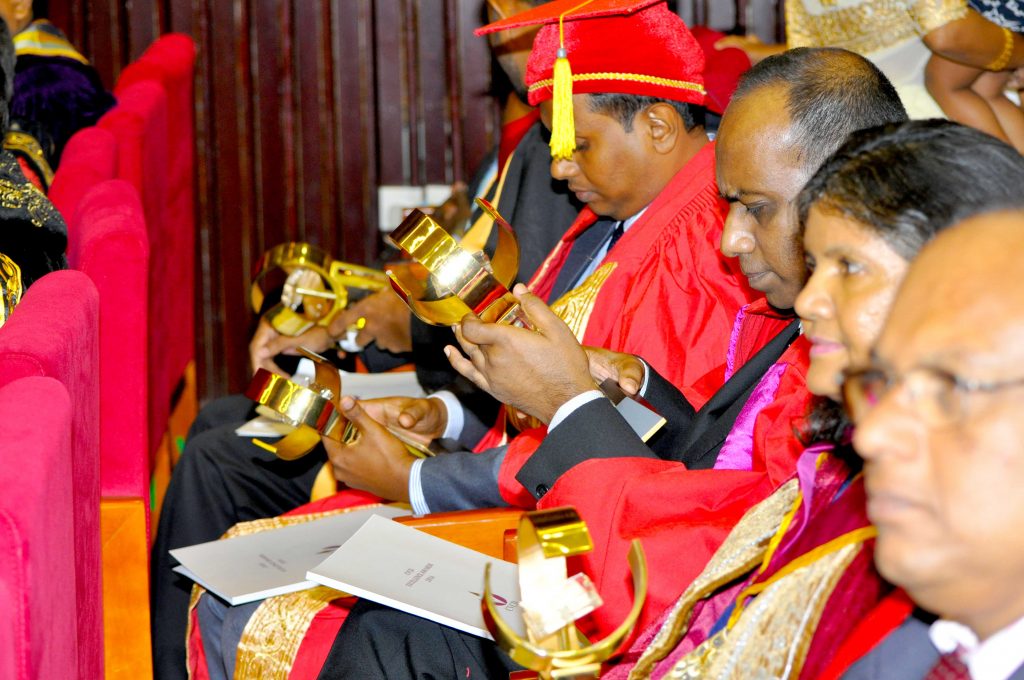 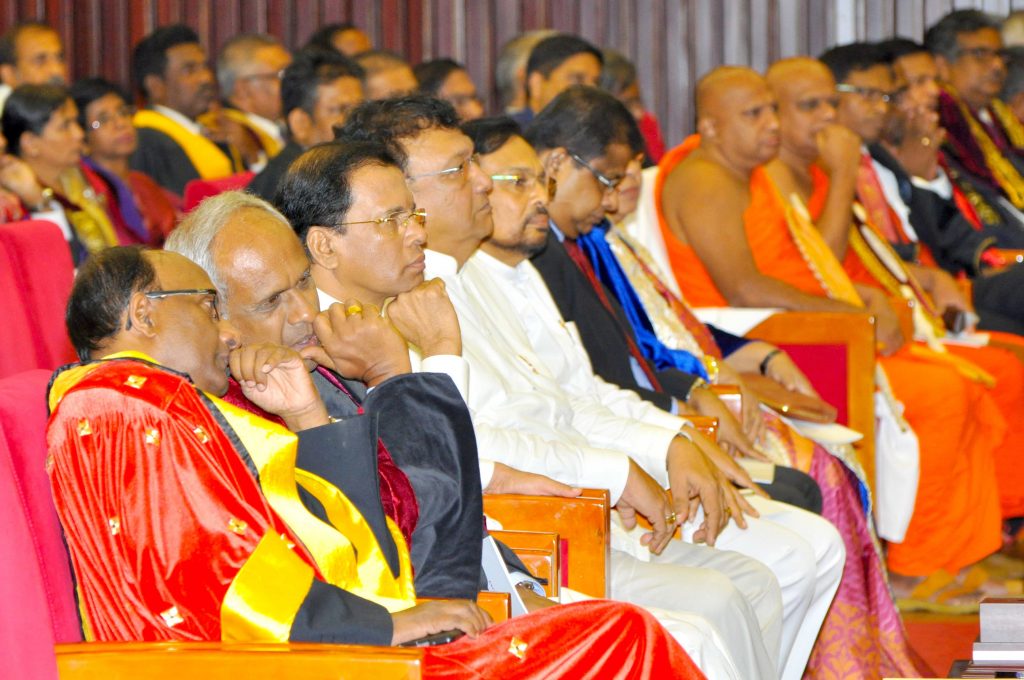 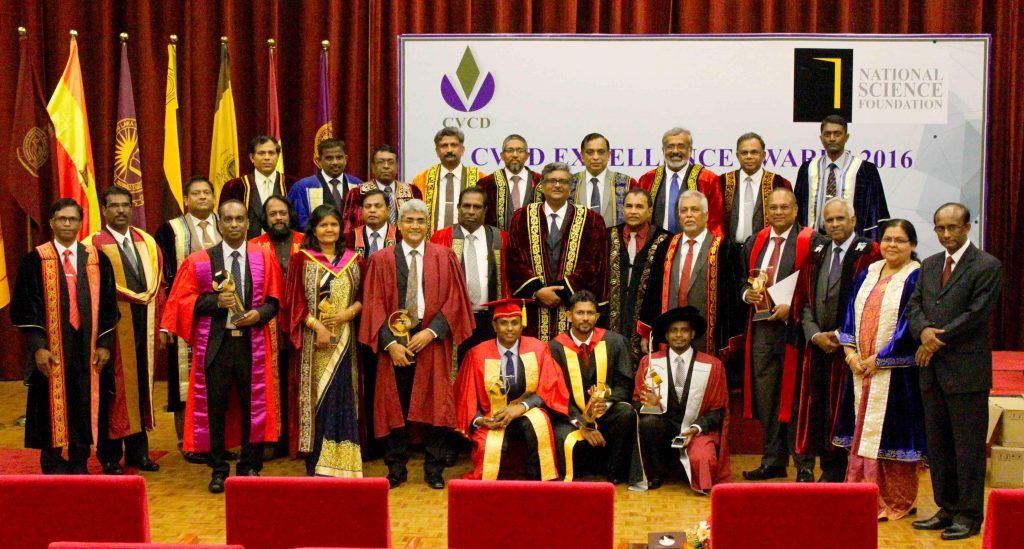 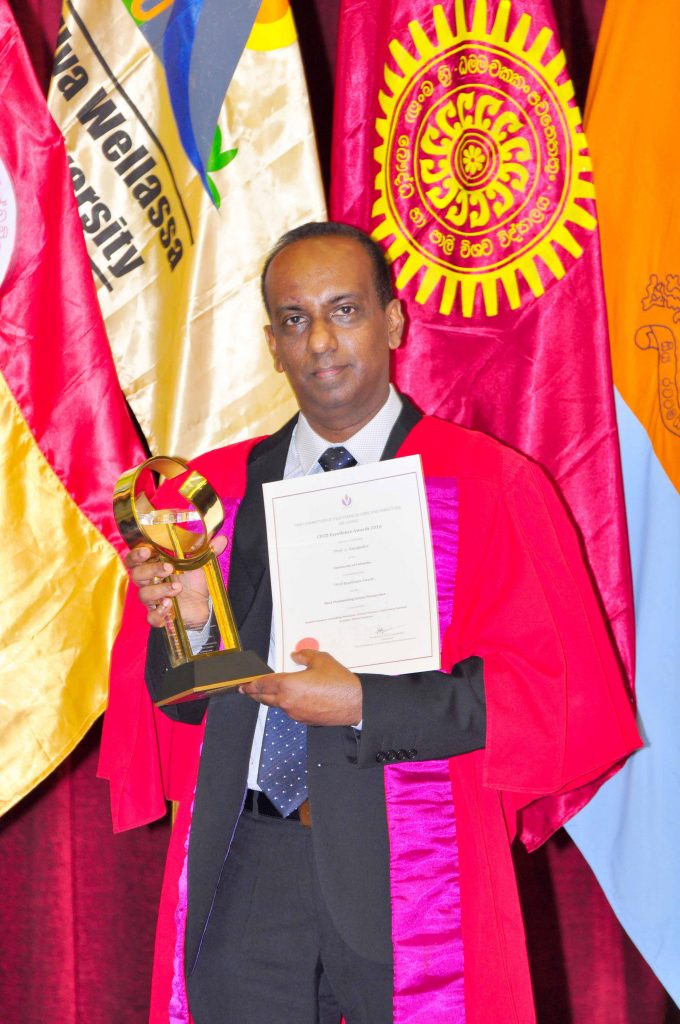 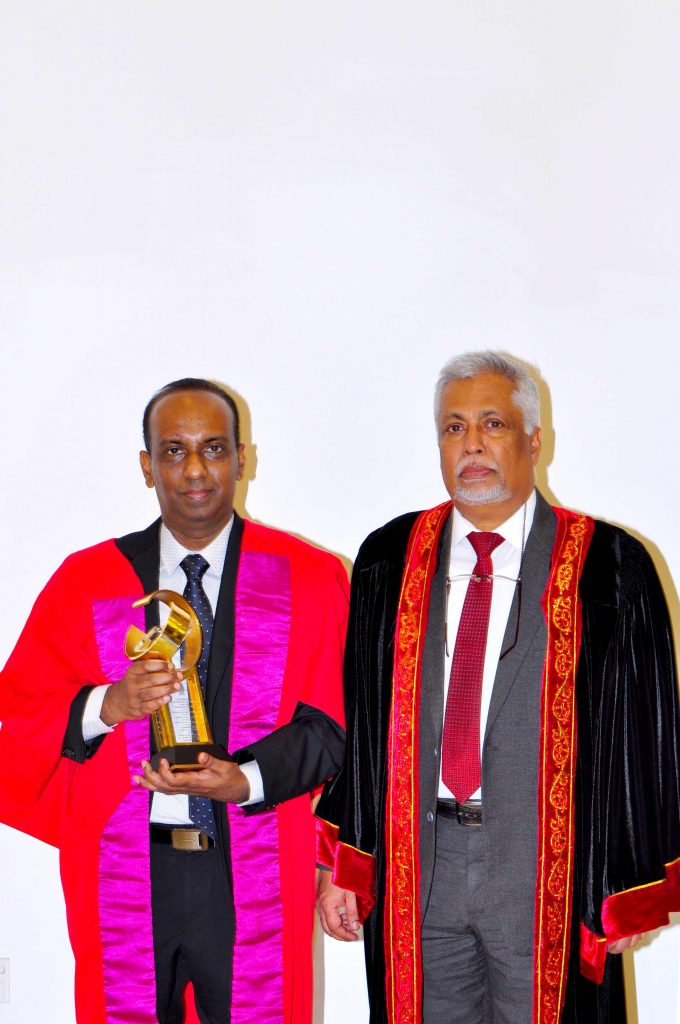 The President’s Awards 2016 for Scientific Publication

Are we dulling bird calls?