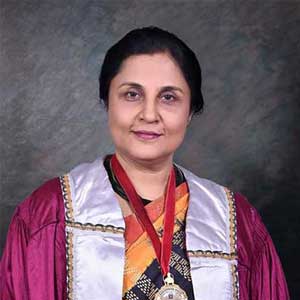 Professor Wijeyaratne was the first Endocrinologist in Sri Lanka to be appointed to an academic position, and has the distinction of being a pioneer Physician in Women’s Health (Obstetric Medicine and Reproductive Endocrinology) in the South Asian region. With teaching experience exceeding 30 years she has left her mark on medical and postgraduate education by helping in the development of an innovative medical school curriculum and in inspiring a large number of trainees to enter the field of Endocrinology. She attends on women with complex endocrinopathies and serves as a clinical consultant for all pregnant women with severe endocrine and medical complications. Her contributions to the field of Endocrinology was celebrated internationally with the prestigious Laureate Award for International Excellence in 2017 by the Endocrine Society of USA – in its centenary year; the only such award to date for South Asia. This award in particular recognized Professor Wijeyaratne’s internationally pioneering work on the ethnic variations of polycystic ovary syndrome (PCOS) and her successful efforts to transform the management of diabetes in pregnancy in a resource limited setting. Read More>>