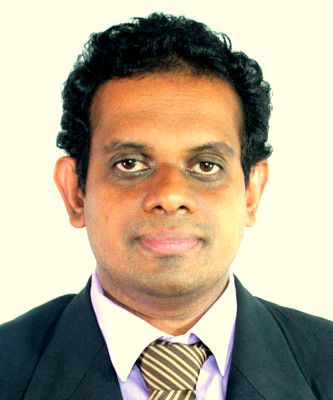 Department of Basic Science and Social Sciences for Nursing

Faculty of  Nursing, University of Colombo

Dr. Anushka Elvitigala obtained his primary and secondary education from Sri Dharmaloka Central College, Kelaniya, and Ananda College Colombo, respectively. He obtained his B.Sc from the University of Colombo, in 2010, majoring in Molecular Biology and Biochemistry, representing the first direct intake for Biochemistry and Molecular Biology programme. He obtained his Masters and Doctoral degrees in Marine Life Sciences, excelling in Molecular Genetics from Jeju National University, Rep. of Korea contributing to more than 30 international publications.
After spending few months in Korea as a postdoctoral research scientist in the same university he joined the Dept of Zoology, University of Sri Jayewardenepura,  as a temporary senior lecturer, from 2016 to 2017. Thereafter, he worked at the Department of Chemistry, the University of Colombo at the same position for 9 months, and then permanently joined as a lecturer to the Department of Basic Science and Social Sciences for Nursing in the Faculty of Nursing, University of Colombo. Dr. Elvitigala has served as the secretory in SLAAS-Section D in 2017 and was a member of the executive committee of SLAAS-CPS  and editorial board of the SLAAS journal in the same year. He is a recipient of several national and international awards, including the President’s Award for Scientific Publications.
Dr. Elvitigala is currently serving as a member of editorial Broad of International Indexed Journal “Fisheries and Aquatic Science’ and international refereed journal ‘Nursing Archives’ and as a senior lecturer and Head of the department in the Faculty of Nursing. He also serves as a student counselor and the academic representative of the university IT committee from the faculty.