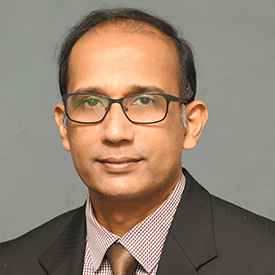 Professor Senarath has held many posts at the University of Colombo: He served as the Chairperson of the Community Stream from 2015-2019, during which time he gave leadership for the residential community attachment program of medical undergraduates. He played a pivotal role in the design and implementation of rural health research programme under the HETC project, which resulted in a rural health research centre in Kataragama. Professor Senarath has served as a technical advisor to the Ministry of Health, WHO, UNICEF, the World Bank and several other agencies.

His research interests include public health nutrition, maternal and child health, cardiovascular epidemiology, reproductive health, and health systems research. In 2007, he co-founded the South Asia Infant Feeding Research Network (SAIFRN).  Professor Senarath has over 75 publications in peer-reviewed journals and numerous abstracts. He has supervised several Masters, MD, and PhD scholars. He won the University of Colombo award for excellence in research in 2011 and has received several presidential awards for scientific publication, Australian Leadership Awards and SUSRED award in 2017.