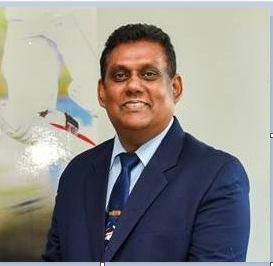 Department of Business Economics, Faculty of Management and Finance

On international front, he is a recipient of Japanese Government Postgraduate Research (Monbusho) Scholarship for Seven Years (1993-2000). He was an Invited Professor in the Faculty of Economics of Hosei University, Tokyo in 2006-2008 and 2016/2017. The Japan Foundation in Tokyo awarded him a Senior Researcher Fellowship to conduct research at the University of Tokyo in 2016-2017. In recognition of overall academic and socio-cultural exposure to Japan, he was appointed as the Director of The University of Tokyo Sri Lanka Office by the University of Tokyo in October 2019. He was awarded the Foreign Minsters’ Commendation by the government of Japan in August 2021.

Senior Professor Hettige Don Karunaratne is the Chair Professor of Business Economics in the Faculty of Management and Finance, University of Colombo, Sri Lanka. He completed 31 years’ of service in academia and professional career by September 2021. Additionally, he serves as the Director, Institute of Human Resource Advancement, University of Colombo (IHRA-UOC) and Chairman of the Governing Council of the Institute of Policy Studies (IPS), the Vice President of Sri Lanka Economic Association (2018 – to date), President of Japanese Graduates’ Alumni Association of Sri Lanka (2012-2014 and 2018 – to date). At the University of Colombo, Professor Karunaratne has held many academic positions during his 30-year stint there to date. They include Senior Professor (2017-to date), Professor (2009-2017), Associate Professor (2007-2009), all in the Department of Business Economics, Associate Professor (2003-2007) and Senior Lecturer (2000-2003) in the Department of Commerce of Faculty of Management and Finance and Lecturer (1990-2000) in the Department of Commerce and Management Studies of the Faculty of Arts. Professor Karunaratne has also held multiple administrative positions at the University of Colombo; as the Dean of the Faculty of Management and Finance (2011-2014), Acting Vice-Chancellor (April 2014), Acting Director of the Institute of Human Resource Advancement (January-May 2015), Acting Dean of the Faculty of Graduate Studies (December 2013), Chairman of the Sports Board (2011-2014), Head of the Department of Commerce (2005-2006), Head of the Department of Business Economics (2010-2011, 2014-2016), Acting Director of Studies in the Faculty of Graduate Studies in 2009. Also, he carried out roles as the Chairman of Summit Finance PLC (2016).