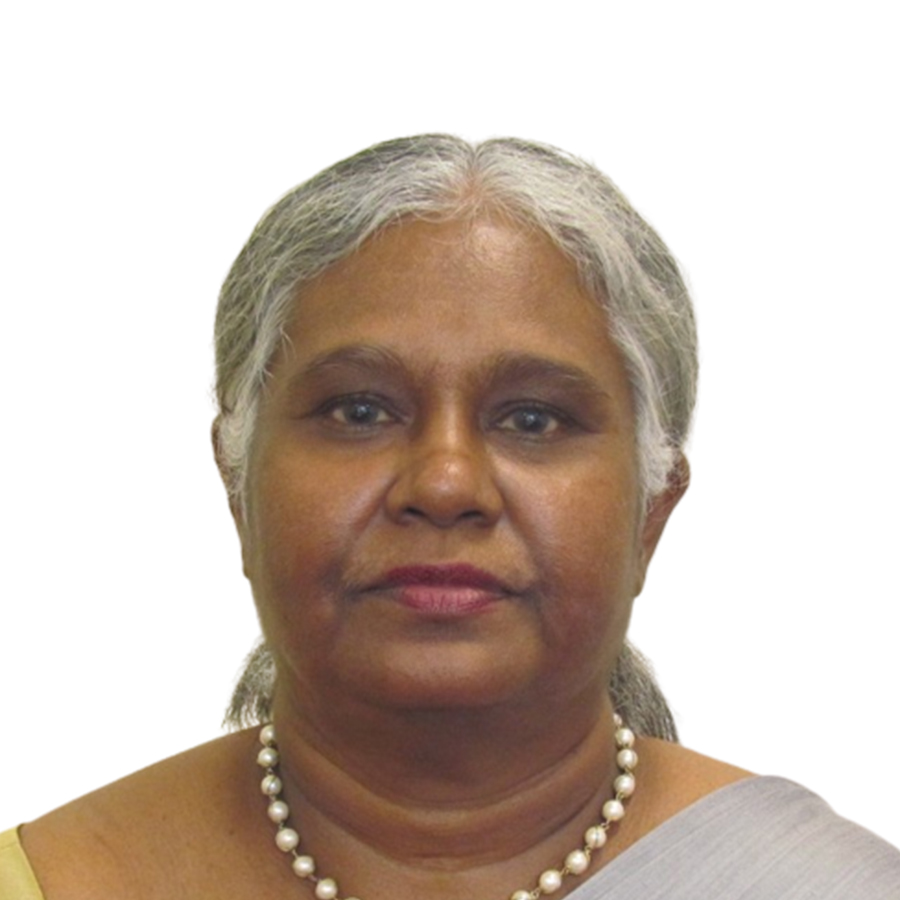 Shiroma M. Handunnetti obtained her first degree, BSc (Hons) (Zoology Special) from the University of Kelaniya in 1982.  In 1983, she joined the Malaria Research Unit (MRU), Department of Parasitology, Faculty of Medicine, University of Colombo as a Research Assistant and obtained her PhD degree in Parasite Immunology in 1987.  Dr Handunnetti obtained 3 year post-doctoral training at the Laboratory of Infectious Diseases, Department of Molecular Biology, DNAX Research Institute, Palo Alto, California, USA. Dr Handunnetti re-joined the MRU, Faculty of Medicine, University of Colombo as a Research Officer 1991 and in 1987, was promoted to Senior Research Officer. From 1988 onwards she functioned as the research Director of the MRU and and carried out administrative functions of three MRU laboratories (i)  in Colombo, (ii) the clinical research unit established at the General Hospital, Anuradhapura and (iii) the Field Malaria Research station at Mailagama, Kataragama. Dr Handunnetti was a model researcher for the research capacity strengthening funded by Tropical Research Training (TDR) of the World Health Organization.

During her tenure at the MRU, she was instrumental in reconstruction of the field research laboratory and Bachelor’s quarters of the Field Malaria Research station at Mailagama, Kataragama for continuation applied malaria research as well as the upgrading of animal facility at Faculty of medicine for continuation of pre-clinical malaria vaccine trials. From 2003-2004, Dr Handunnetti worked as a visiting Researcher at the Department of Zoology, Faculty of Science, University of Colombo. In 2005, Dr Handunnetti joined the Institute of Biochemistry, Molecular Biology and Biotechnology (IBMBB), University of Colombo as a Senior Lecturer in Immunology.  In 2014 she obtained her merit promotion as Professor in Immunology and in 2019 assumed duties as Chair Proffesor of Immunology. Prof Handunnetti served as the Director, IBMBB from 2015-2018 and is currently serving as the Director, IBMBB since August 2018.

Prof Handunnetti has served in various other honorary positions during her tenure are University of Colombo and made numerous contributions in terms of national development and her research has been awarded with several institutional and national research awards. Some of which are,

Professor Handunnetti has made numerous publications in international peer-reviewed journals and currently holds a h-index of 25. and i-10 index of 44. To date, Prof Handunnetti has dedicated more than 35 years to research and teaching at University of Colombo.